This is the second site designed for Earik, the first being for a stock trading algorithm that Earik designed and developed. His successes in that industry have allowed him to follow his dreams of becoming a writer, and his debuts have been met with very positive reviews.

As the subject matter of the two books advertised on the site are radically different, we focused primarily on Earik as writer. The site was designed for expansion as Earik publishes new material going forward. Features include a Woocommerce online store with integrated downloadable samples from BookFunnel that allow traffic monitoring. As a writer, Earik is active with blogging so attention was paid to including the blog as a highlighted feature of the site. Also included were a Twitter feed, Mailchimp sign up form, and custom-designed product imagery.  Launch 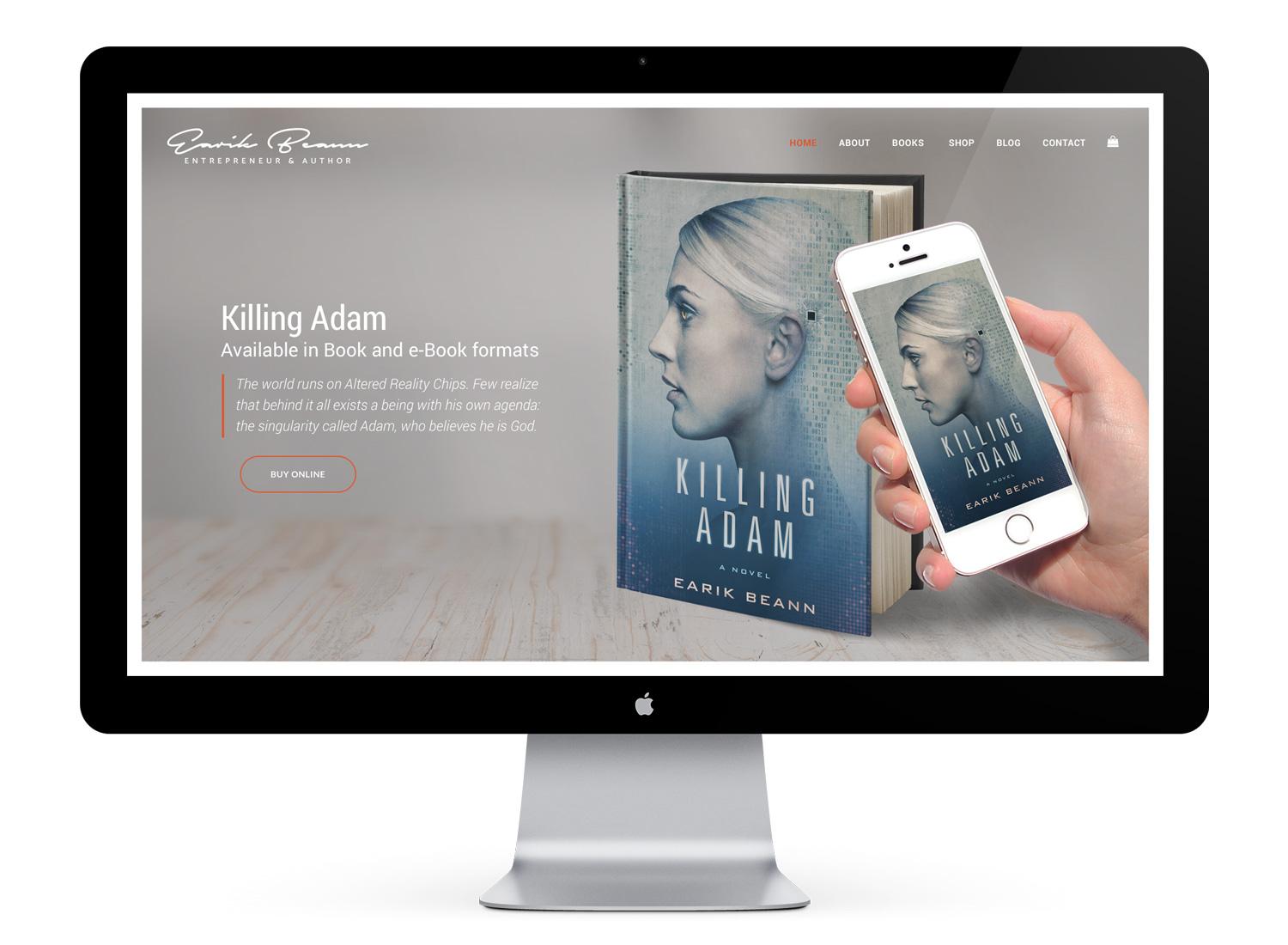 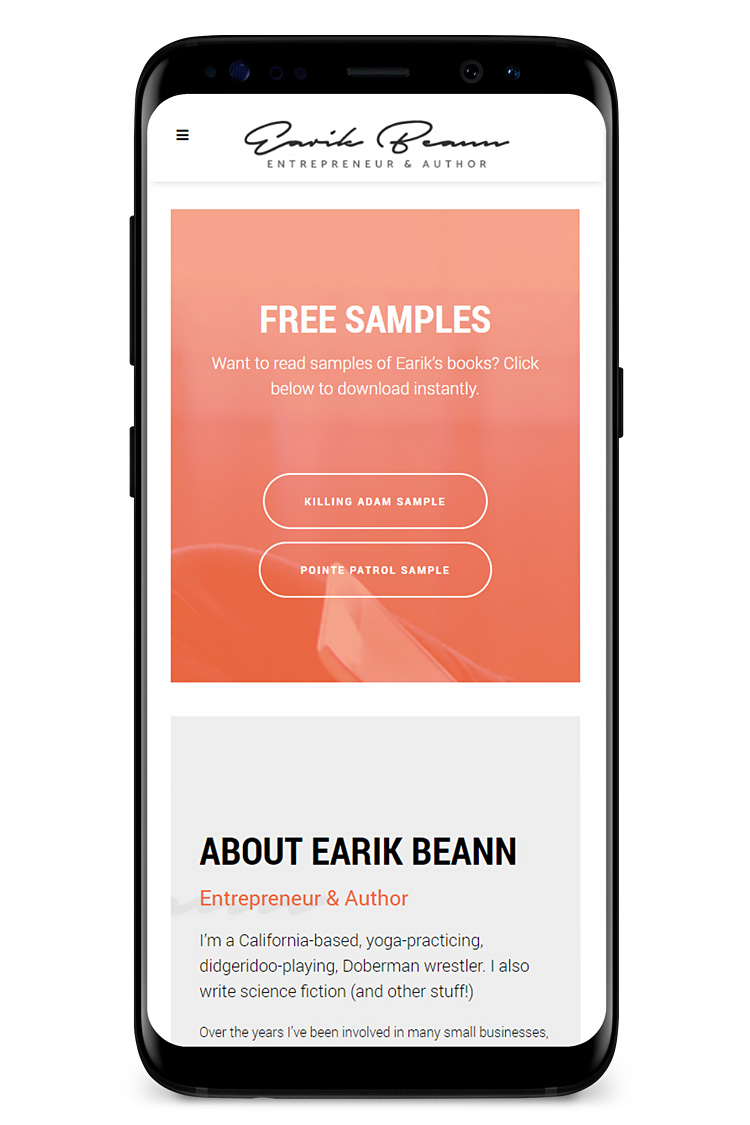 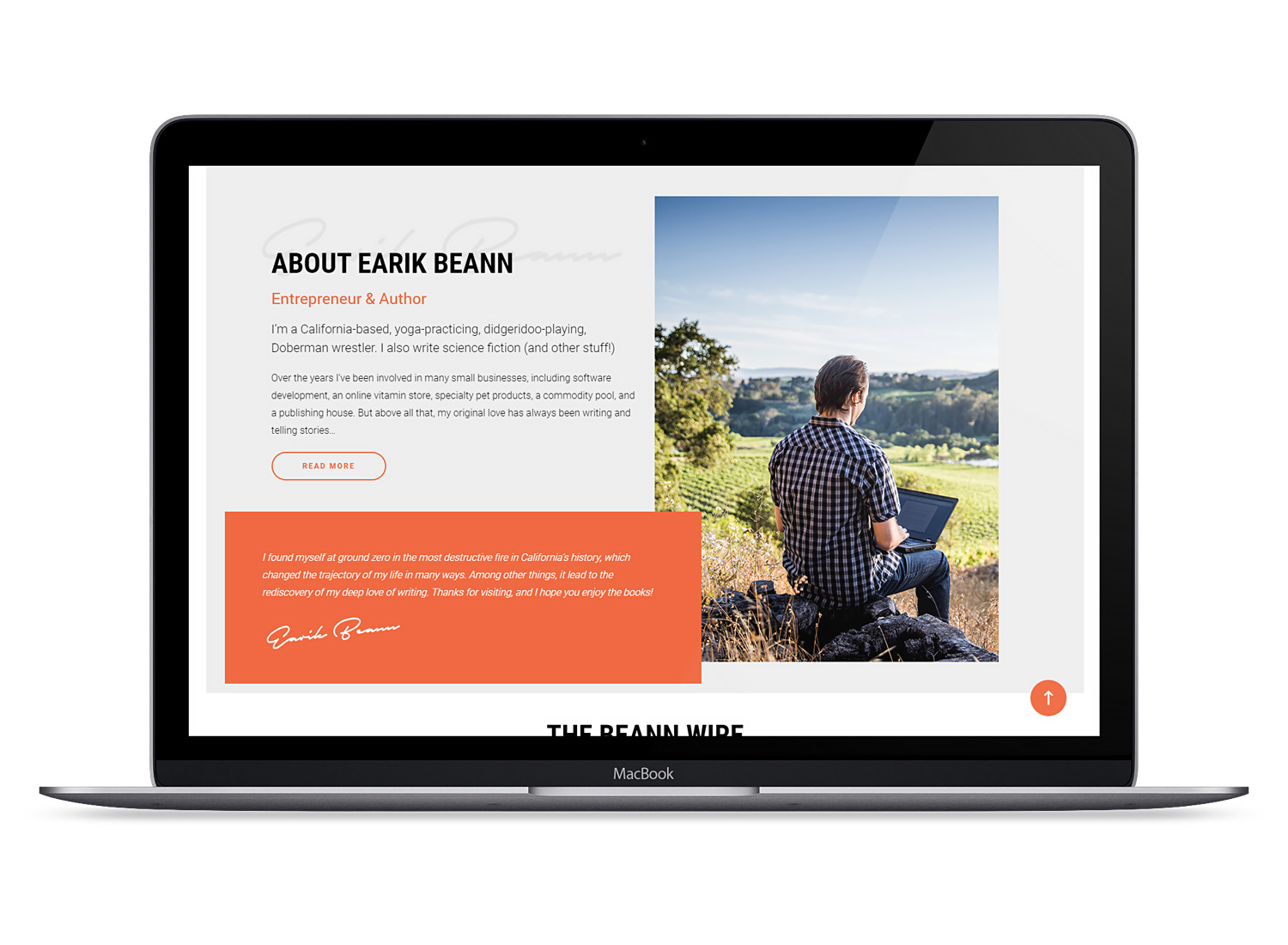 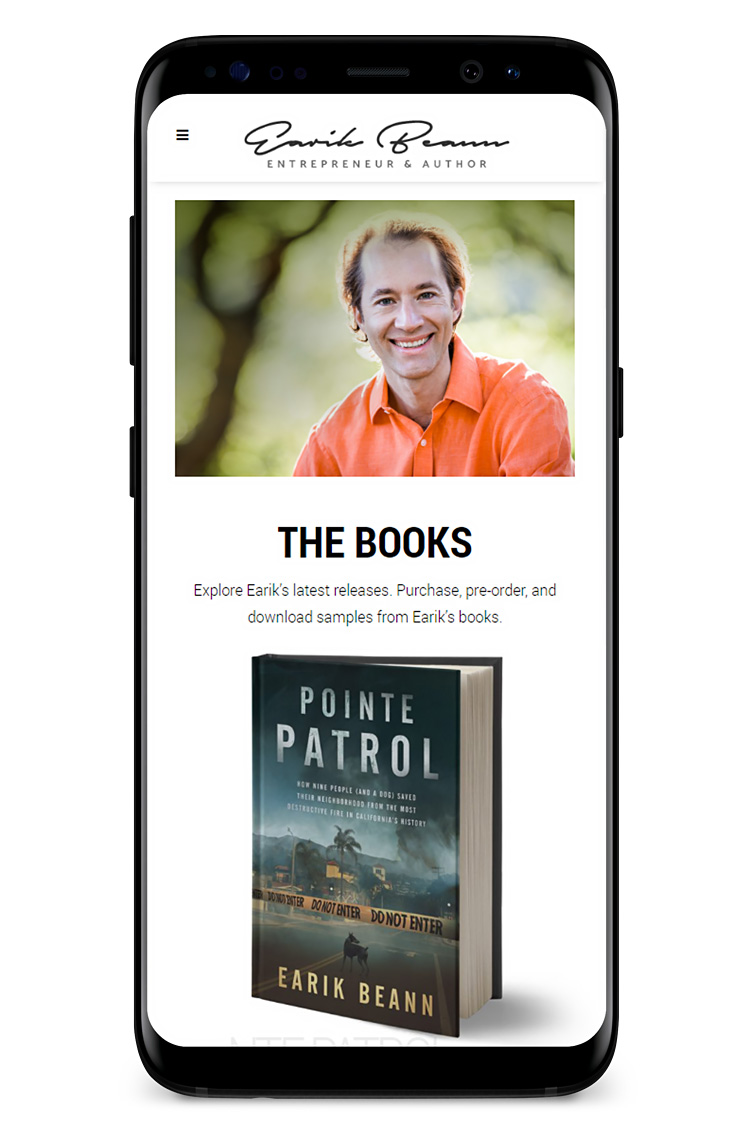 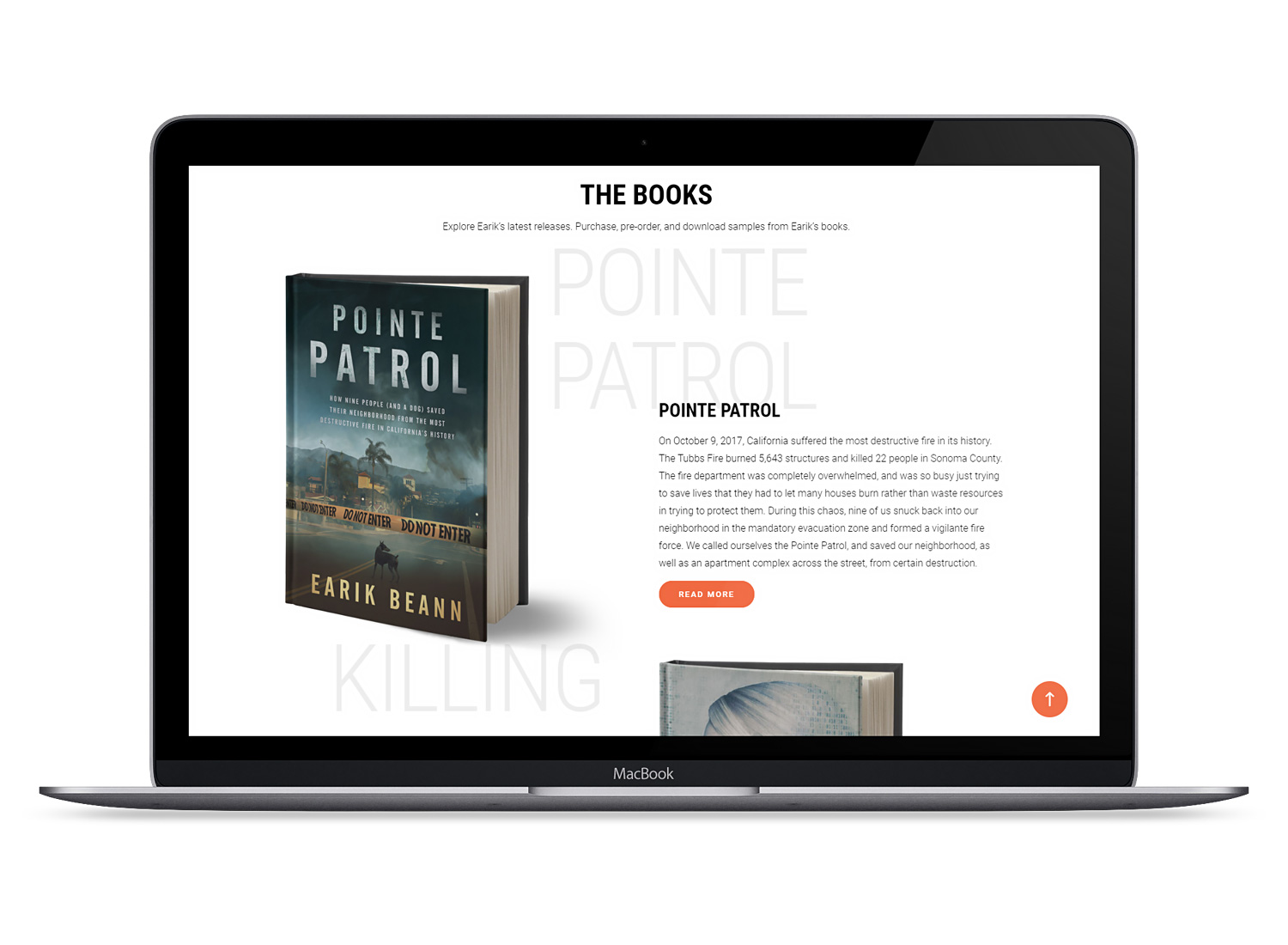 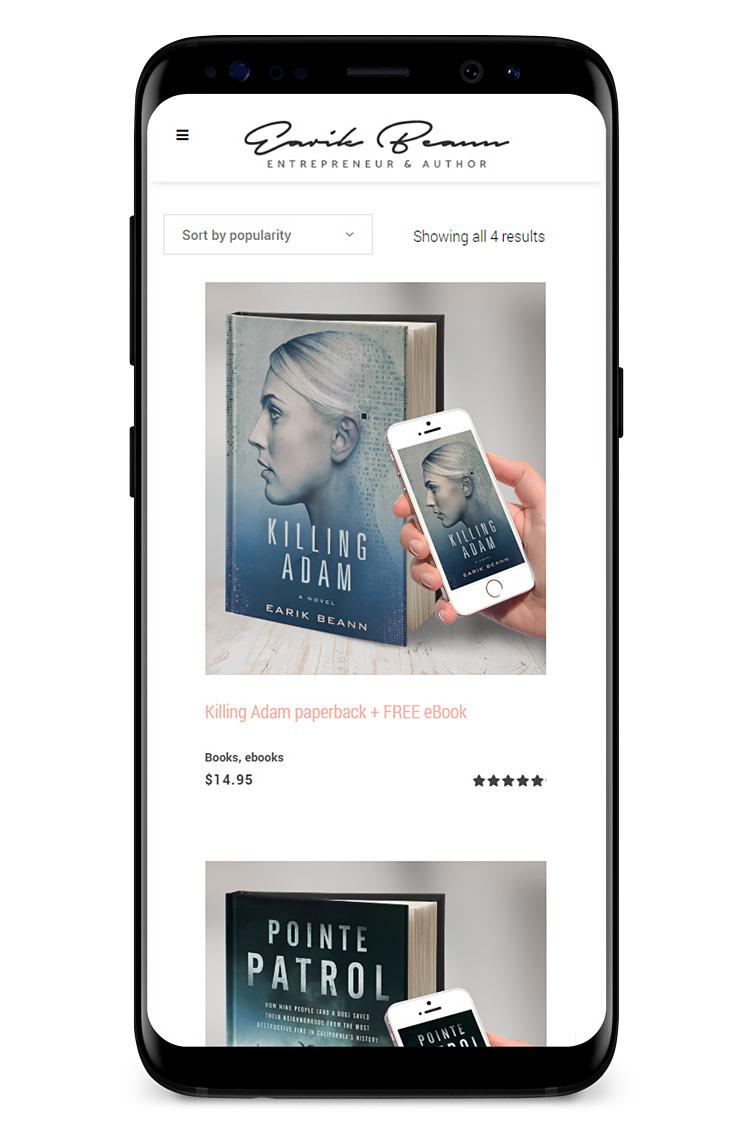 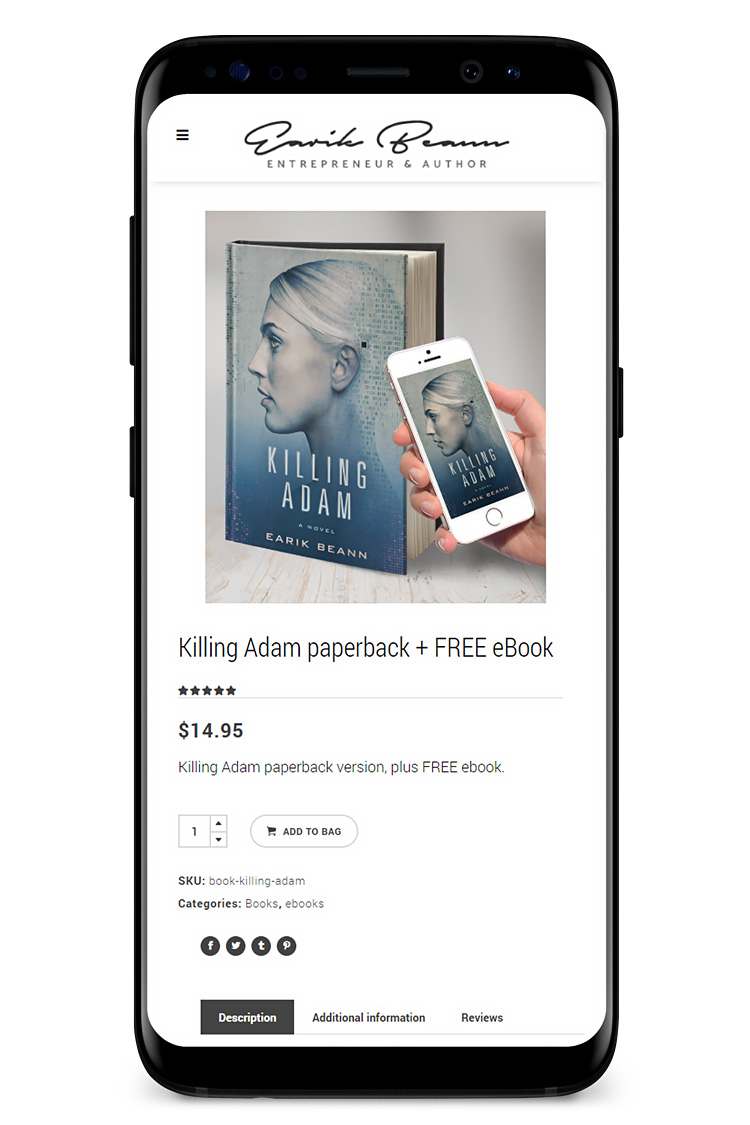 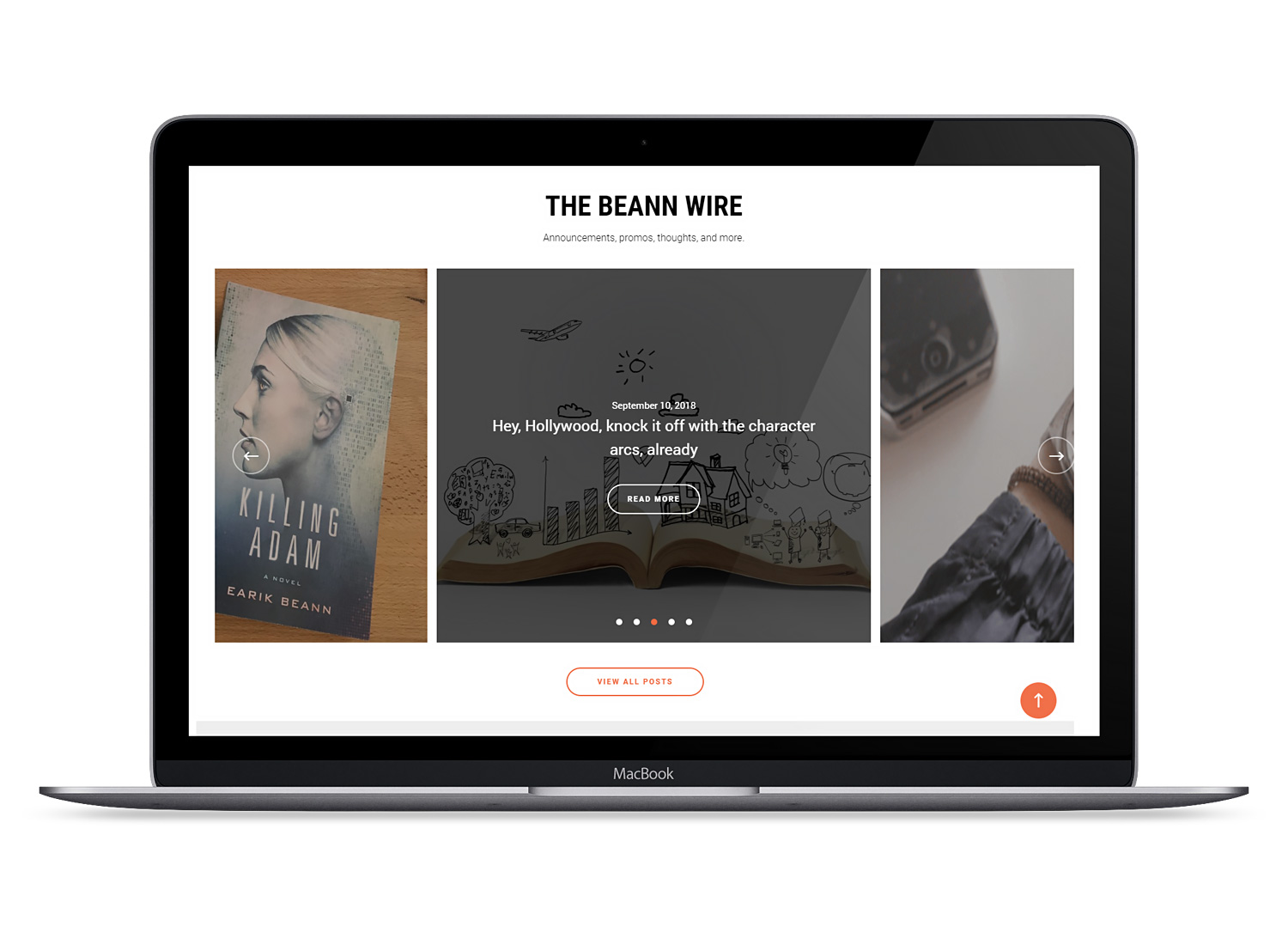 Samples (excerpts) of both books are available through Bookfunnel. 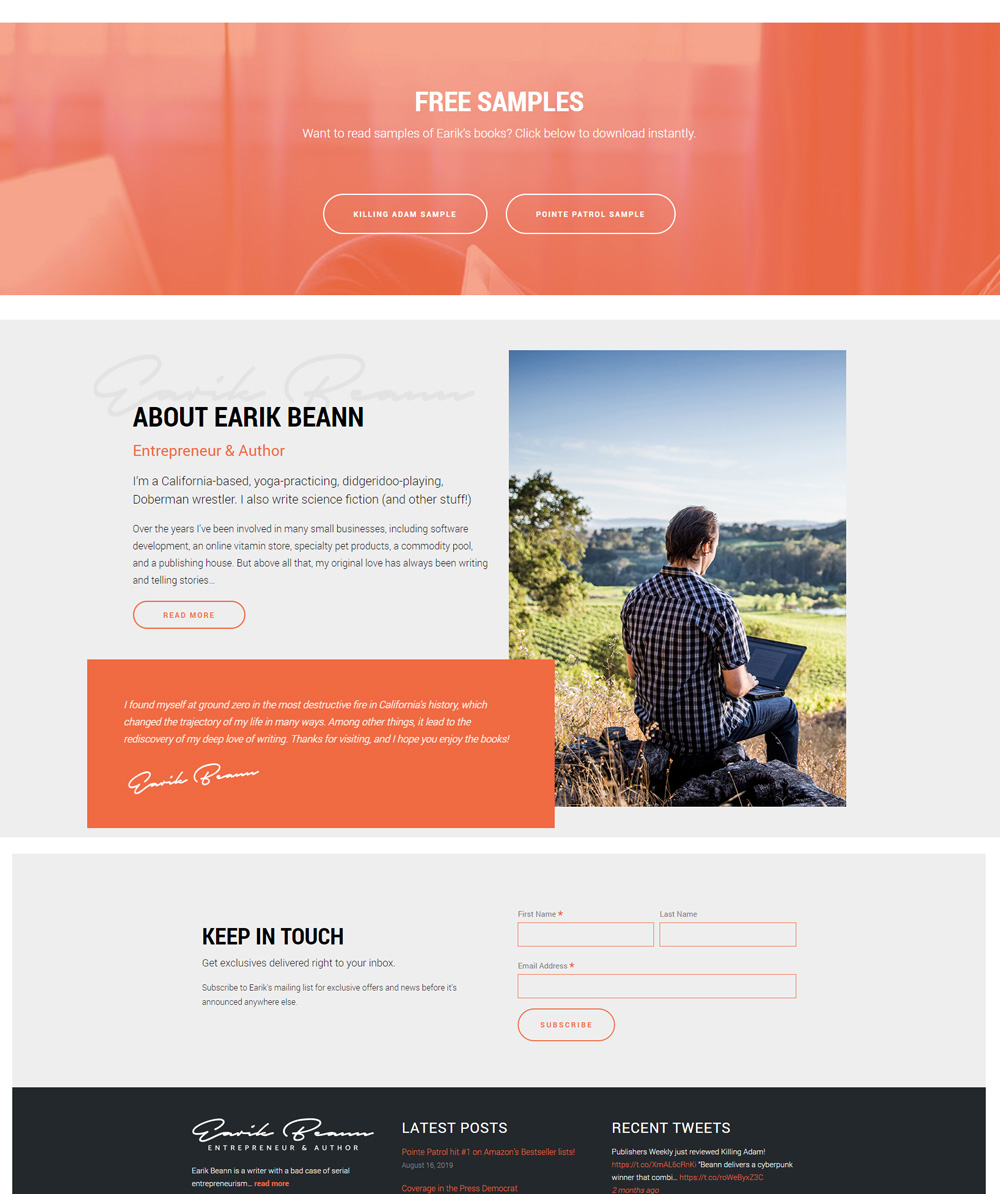 Front and center, above the fold, below the fold. 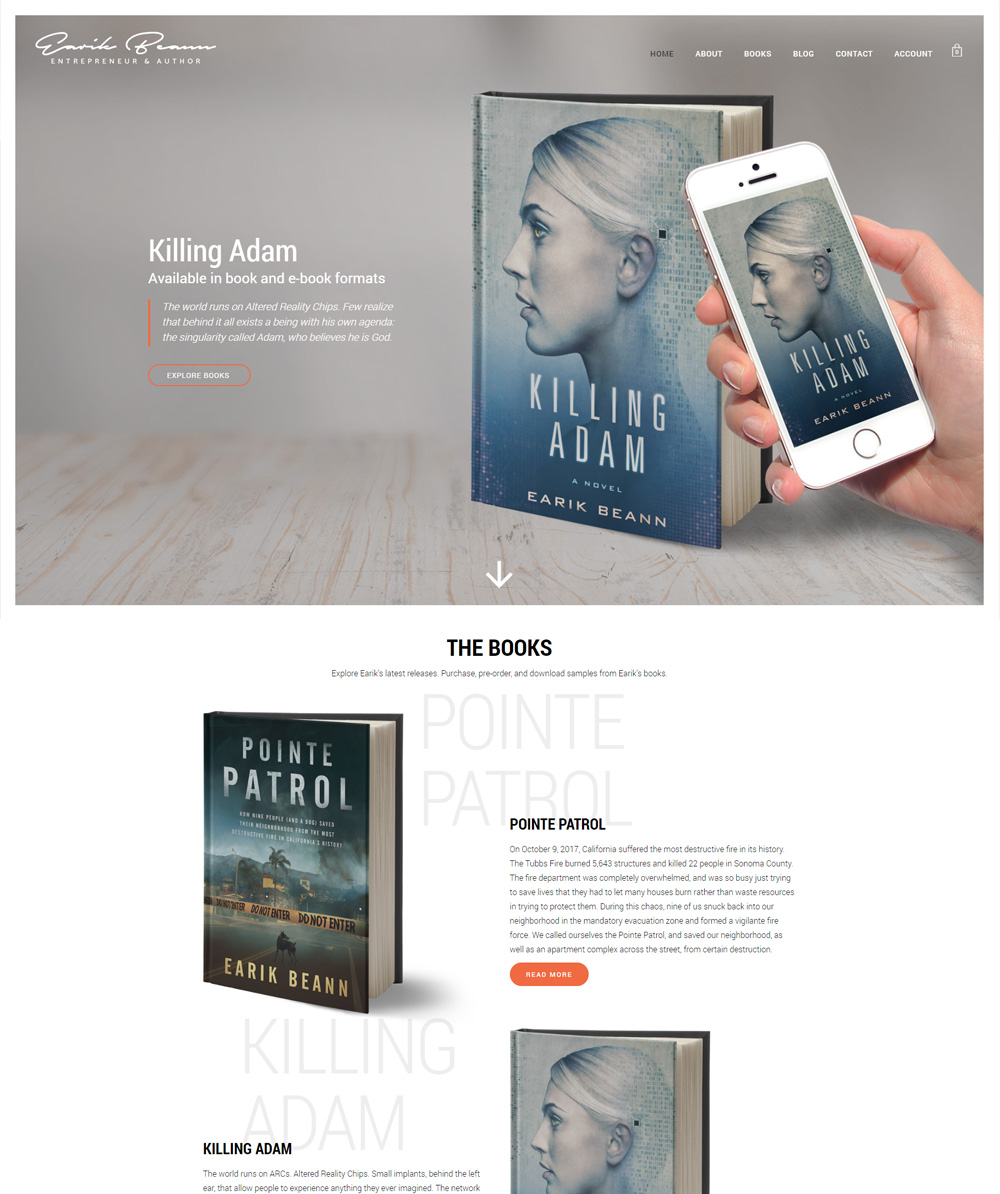 Looking for a designer? I'm available for hire and would love to discuss opportunities.